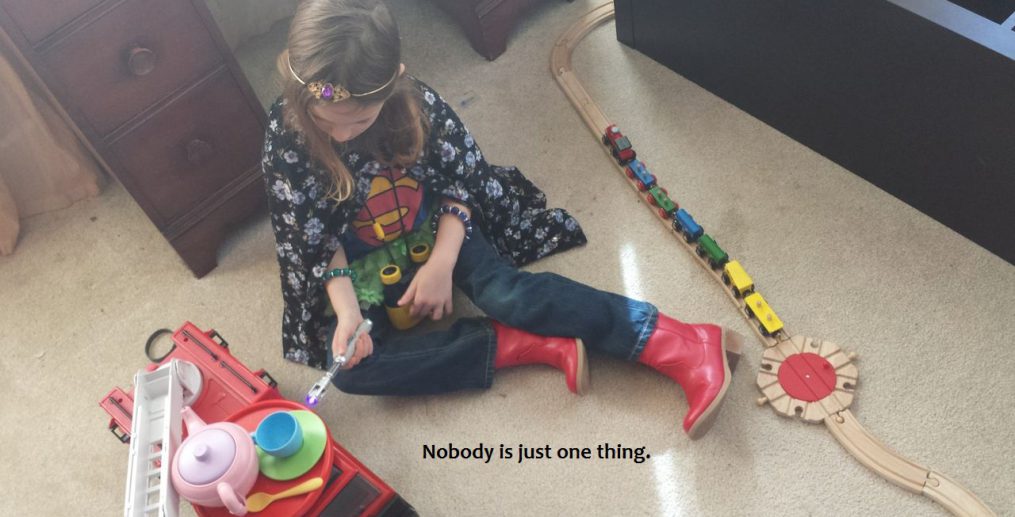 At a birthday dinner recently (I tend to milk my birthday a little bit, so I get several birthday dinners with different people I love), I ordered a soup like this and the server told me in an impressive tone of voice, “This soup only has two ingredients. Onions, and chicken stock. Isn’t that amazing?”

Now, technically, stock has more than one ingredient. I guess it counts, though, because if you’re not into making stock from scratch you can buy it at the grocery store.

Still, this soup is easy enough to qualify for Homemade Mondays, I think. Feel free to weigh in in the comments if you disagree. The hardest thing about it is that it has to cook long enough to reduce down quite a lot, which takes a while. Good meal for a cold Saturday in October. Or, you know, sometimes in July, if you live in Ohio or somewhere like that. Weather is weird.

1 large onion per quart of stock

a tablespoon or two of cooking fat, like butter

1 quart of stock per serving of soup desired

toasted bread drizzled with butter or olive oil, or croutons

Cheese (or vegan cheesy substitute if that’s your thing)

Chop the onions very roughly. Heat the cooking fat on medium heat in a dutch oven or whatever pot with a lid is big enough to hold all of your stock. Add onions, stir it around a little, put the lid on, and let it sit for a minute or two. Check them, stirring occasionally, until they look like their cellular walls might be starting to break down (um, a little softer and turning translucent). This is called “sweating the onions”. It’s a thing.

After this, add the stock of your choice. I used chicken stock and it was delicious. If you’re a vegan or are cooking for one you love, please don’t use chicken stock. Put the lid on and bring the stock and onions to a boil. Remove the lid and reduce the heat to low. Stir occasionally for hours (mine cooked from about 10 in the morning until 3 in the afternoon), until it has reduced enough to make a thicker pureed soup.

Use a food processor (medium-easy), blender (easier), or immersion blender (easiest!!) to blend up the soup until it’s smooth and creamy. Apparently this makes it Tuscan instead of French (actually, that’s not true! Google leads me to a bunch of really vague differences including but not limited to the fact that Tuscan onion soup uses chicken stock or a mixture of chicken and beef stocks while French onion soup is based on beef stock only. If you have better information please feel free to enlighten us all–I only titled the recipe the way I did because it’s based on something by that name from a restaurant).

Salt to taste (stir well before you check this!) and serve immediately, or rewarm later and serve in bowls with bread or croutons and cheese sprinkled on top. 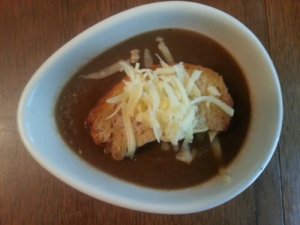